The SPARCstation LX (Codename "Sunergy") is also known as a Sun 4/30. Its a sun4m box (without mbus), in the lunchbox chassis. 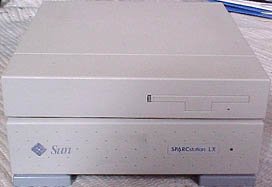 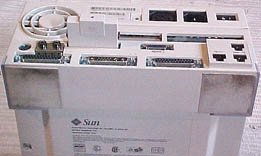 The Classic and LX were the end of the line for the "Lunchbox" chassis. Sun managed to squeeze a large amount of computer into a very small package, but as a result, there are changes to the chassis as compared to an IPC or IPX machine.

For example, because there are way more ports on the rear than an IPC or IPX would have, the rear "feet" are not feet at all, but simply rubber pads with a bit of purple plastic around the outer edges of the case the make them look like feet.

Although Sun eventually used rubber pads with all their machines (the most notable being the Aurora chassis used on the Sparcstation 4, 5 and 20), here it seems a little weird, only because the front feet are the same as earlier IPC chassis.

Also, with this much computer, cooling and power supply requirements become a signifigant issue. A completely 'loaded' LX probably generates quite a bit of heat, and taxes it's powersupply to the maximum.

Linux Notes: The LX has an onboard ISDN-adapter (basic-rate). A long time ago it was supported (kernel 2.2.0-5) but not anymore, alas! As there was nobody interested in it anymore (people use ISDN?), it was forgotten. Also, the DBRI audio driver has yet to make an appearance in ALSA, and thus, is not in 2.6 kernels (there is a DBRI driver in OSS, so 2.4 kernels have support for DBRI). 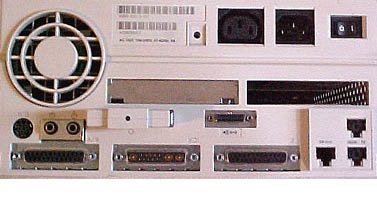